Robo-advice - the great comeback that has gone under the radar 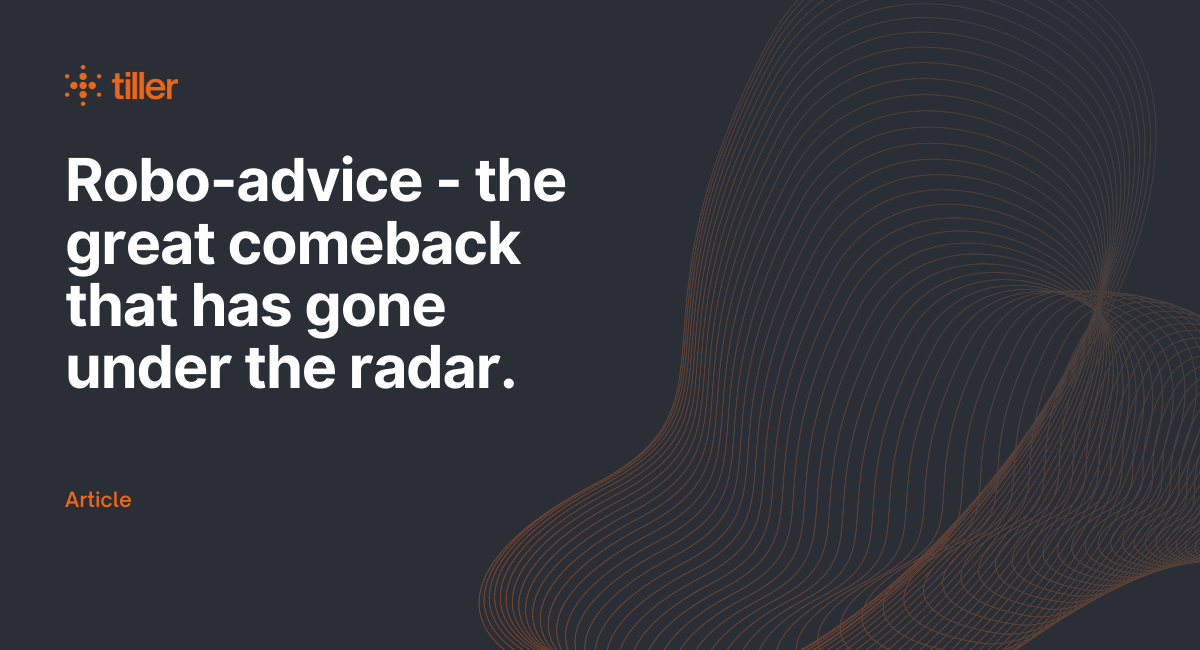 By now, it’s generally agreed that the robo-advice revolution of the late 2010s did not live up to expectations. However, far from this being a failure, sounding the death knell for digitalisation among wealth managers, the reality instead is that the space has simply matured. There is a new acceptance that digital wealth makes sense if done in the right way, and as a result, it has now become an accepted part of the service offering that many wealth firms want to be able to offer.

Today, wealth managers are simply integrating the best of the 3rd party technology that emerged during the boom into their own operations with minimal disruption. Moreover, because they are already so established, these wealth firms are able to do so in a much more business-savvy and economic way than their start-up predecessors.

In fact, when it comes to the modernisation of wealth management from here, the only way is up.

A slow start to digital wealth

The benefits of digitalisation in the wealth management space have never been in question.

It’s obvious that algorithms can offer clients a more consistent and interactive service at a lower cost. It’s also clear that automation can allow investment professionals themselves to manage a greater number of portfolios effectively in the face of soaring regulatory requirements.

However, the sluggish rate of digital adoption in this sector has historically boiled down to apprehension around change – and also the thorny question of how to provide advice.

Momentarily put yourself in the shoes of an established wealth manager.

Technology will make your life easier over the long term, but won’t digitalising years of records cause significant distraction from your core business of investment management?

Then there’s the requirements of your clients¬ themselves–many of whom could be of advanced age. After years of their affairs being managed by a trusted expert, will they really be satisfied with a questionnaire on a website?

These sorts of concerns long led wealth managers to bury their heads in the sand as the world digitalised around them.

However, this avoidance strategy came to an abrupt end in the mid-2010s when a seemingly endless wave of digital-only robo-advice services emerged on the scene. Indeed, in the face of new low-cost competitors boasting intuitive interfaces and a willingness to take on smaller portfolios, the old guard’s future came under threat.

But then things changed again as the robo-advice army began to retreat as quickly as it arrived.

Fierce competition ultimately pushed the fees being charged by these firms to extreme lows. And because average client portfolios sizes were far lower than typical advice market standards, a very large number of clients were needed in order for these companies to have a chance of turning a profit.

This wasn’t necessarily a problem in and of itself. But when you throw in a lack of trust and brand recognition among consumers, achieving the economies of scale needed became an insurmountable task and lead to high customer acquisition costs.

Picking up the pace

Fast forward to today, and almost all the robo-advice services that emerged in the last decade have either been acquired or forced to shut up shop completely. And, as such, the reality is that the wealth management space itself is now dominated by many of the same names as it has been for decades now.

Don’t let this fool you, though; digitalisation in the sector is thriving.

While most of the challenger firms that emerged were not ultimately successful, they did show the industry stalwarts the possibilities, and necessity, of a digital-enabled business. As a result, wealth managers as a whole, now tend to recognise that they need technology to help support, maintain, and grow their client base.

One of the biggest catalysts for change came from the pandemic. To the surprise of many wealth managers, customers welcomed the switch to digital with open arms. A KPMG study, conducted in April 2021, found that 74 percent of organisations have accelerated operational digitisation, compared to 50 percent in August 2020.  For customers, digital accounts and electronic communication are just part and parcel of everyday life, from banking to grocery shopping, booking a doctor’s appointment and navigation. Digital wealth is a beneficiary of this trend too. Data from InsiderIntelligence.com estimates that this year, over 420,000 adults in the UK will use a robo-advisor to handle their investments, up by 25.2% over the previous year. This follows the 55.6% growth seen in 2020. The number of robo-advisor users is on pace to reach about 700,000 in the UK by 2025.

With little resistance from customers to digital - wealth managers found onboarding and servicing remotely was more efficient and, crucially, often led to a strengthened relationship with the client.

Spurred by the success of digital with traditional high-value customers, wealth managers are now using their digitally enhanced business and established brands to capture new younger customers via automated digital wealth technology, with sums of money previously unprofitable to service.

What hasn’t changed is the recognition among these companies that they are not, at their heart, fintech firms. So, rather than spending vast sums on digitalising themselves, they are instead outsourcing such tasks to third parties who can do it in an efficient and cost-effective way.

Where robo-advice firms took a “cart before the horse” approach – that is, of creating a shiny new digital wealth offering before attracting clients - established wealth managers today are leveraging their brand and enormous existing customer with complementary digital services to great effect.

Given the momentum now established, we believe the integration of technology into wealth management operations will become even more pronounced moving forward.

It remains to be seen exactly how this will play out. However, one thing’s for sure: after a slow start, the digitalisation of the wealth management space is finally approaching terminal velocity. 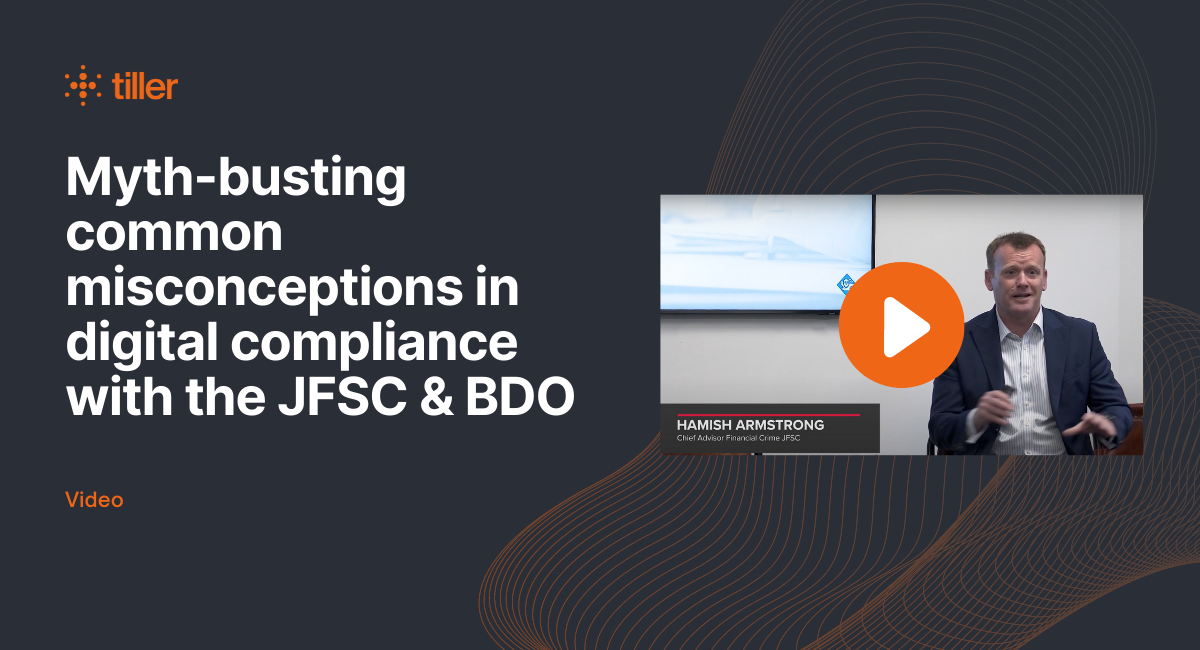 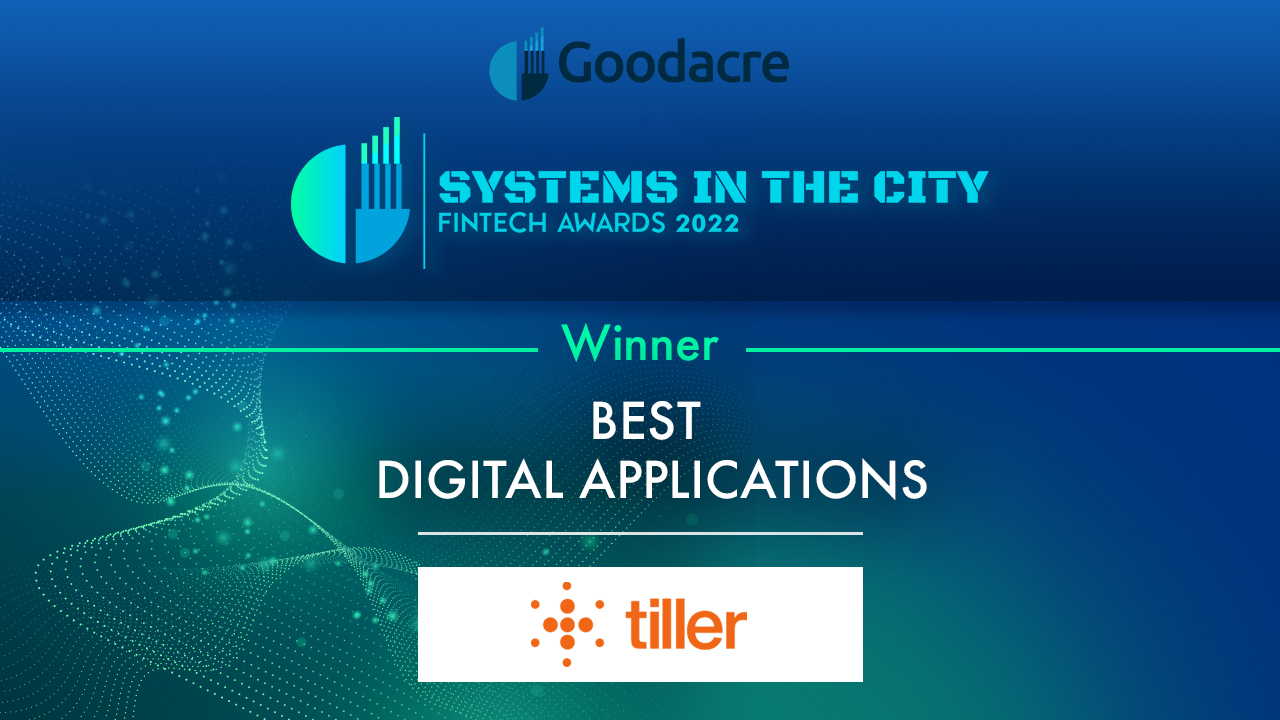